MODELLING THE MORBIDITY PATTERN OF TUBERCULOSIS AND ITS ASSOCIATED FACTORS IN OYO STATE, NIGERIA 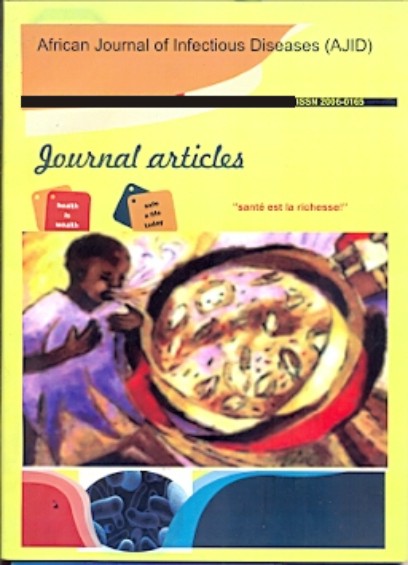 This work is licensed under a Creative Commons Attribution 4.0 International License.

Background: With the advent of HIV, the risk of Tuberculosis (TB) has increased. The trend in the number of cases of TB in Oyo state over the past five years has not been documented. Hence, this study reviewed the number of cases of TB and determined some of its associated factors. Materials and Methods: A retrospective analysis was conducted on TB surveillance data reported between January 1st 2011 and December 31st 2014. Data were obtained from the integrated disease surveillance and response (IDSR) of Oyo state ministry of health, Nigeria. Number of TB cases, age, local government areas (LGA), month and year of reporting was extracted. Data were analysed using descriptive statistics, negative binomial and the Poisson regression models. Model fit was assessed using the AIC and the -2LogL. Results: The incidence of TB was highest in 2013 (23 per 10000 population) in Ibarapa East LGA. The risk of Tuberculosis was 62.8% higher in 2014 (IRR=1.628; 95%CI=1.281, 2.068) and also 17% higher in 2012 (IRR=1.170; 95%CI=1.010, 1.356). Also, the risk of TB was highest in Ibarapa East LGA (IRR=2.576; 95%CI=1.945, 3.412) and lowest in Ogbomoso South LGA (IRR=0.229; 95%CI=0.069, 0.764). Adolescents and adults also had higher risk of TB compared to children. Conclusion: The frequency of Tuberculosis declined overtime and older adults had a higher risk. The low frequency of TB in the state may be an indication and good evidence of concerted control measures. Efforts should be put in place to further bring down the number of cases especially in the identified hotspots.
Fulltext.pdf